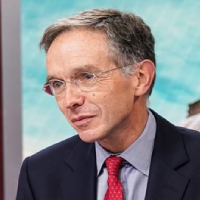 The G20 leaders have endorsed the OECD/G20 Inclusive Framework on Base Erosion and Profit Shifting agreement on a two-pillar plan to address the tax challenges arising from the digitalization of the economy. The plan, which was politically committed to in October by 136 of the 140 countries of the Inclusive Framework, provides for the reallocation of some profits of multinational enterprises to “market” countries (Pillar One) and an effective global minimum tax of 15% (Pillar Two). The agreement calls for implementation of the rules by 2023. While reaching political agreement is an important milestone, many technical issues and challenges must be resolved before implementation, making the timeline highly ambitious.

What’s new in the agreement?

Under Pillar One, a formulaic share of a portion of the consolidated profit of certain multinational enterprises (MNE) will be allocated to markets (i.e., where sales arise). While the revenue threshold for inclusion in Amount A remains at €20 billion, the October agreement has some significant changes from July’s provisional agreement. Pillar One will be implemented via a multilateral convention; the required 10% of profitability threshold (anything above which will be “residual profit”) will be based on a multi-year averaging mechanism; and the Pillar One allocation of residual profit will be in the amount of 25%. Principles for determining the surrendering entities from which ‘Amount A’ will effectively be reallocated to markets have not been clarified (and are the subject of dispute between major countries). In addition, an elective binding dispute resolution mechanism for Amount A issues for certain developing economies is expected.

Under Pillar Two, the IF members have agreed to enact a jurisdictional-level minimum tax system with a minimum effective tax rate (ETR) of 15%. Significant changes to Pillar Two include the minimum tax rate now being expressed as 15% rather than ‘at least 15%;’ details of Pillar Two substance based carve-outs are more specific, but a precise definition of payroll and tangible assets has not yet been provided; an exclusion from the Undertaxed Payment Rule (UTPR) will be available for certain SMEs that have just started expanding abroad; and the application of the Subject To Tax Rule (STTR) has been restricted to double tax treaties between a developing country and a country with a corporate statutory tax rate lower than 9%. There is still no definitive statement on the status of the US minimum tax regime (GILTI) as a compliant Pillar Two regime.

The G20 finance ministers have called for swift implementation of the model rules by 2023. The timeline for implementation of both Pillars has been updated with reference to intermediary stages that must happen before the rules can be brought into effect. Target dates for implementation of some of the key components (for example, the UTPR) have been pushed back from 2023 to 2024, reflecting more detailed consideration of the implementation requirements.
The new agreement restates the objective of repealing and preventing Digital Services Taxes (DSTs) and new unilateral measures with similar objectives to Pillar One or Two, but there is no new definition for in-scope unilateral measures. Officials have said they expect DSTs, which have been serving as stopgap solutions until the Pillars are implemented, should be removed by 2024.

So, while this is an important political step, there is still much work to be done, and businesses should stay (or get) involved in the process to ensure that these rules are designed in a way that also takes into account how businesses really operate.

If you disable this cookie, we will not be able to save your preferences. This means that every time you visit this website you will need to enable or disable cookies again.